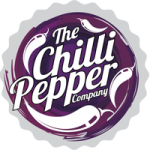 I recorded this review a couple of month’s back and what with one thing & another getting in the way of what I really want to do I have only just had a chance to edit the video together.

This amazing limited edition wax capped skull bottle of uber hot chilli sauce aptly named “Twisted Flame” appeared in my FB feed and I knew I had to get my hands on one. It’s from The Chilli Pepper Company – check out their website chileseeds.co.uk

As well as dry sherry, the ingredients include Carolina Reaper, Trinidad Scorpion, Naga Morich and Scotch Bonnet chillies. When Scotch Bonnets are the least hottest of the chillies featured, you know you’re in for some fiery fun.

It’s the antidote to bland food!

Matt Tangent vs DEATH AT THE CRIMSON ALTAR