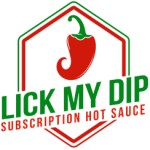 I’m over the frickin’ moon to have had Bang! Bang! Oil included in May 2016’s Lick My Dip “Ultimate” box for their 1st anniversary and even more so that Darth Naga – chilli stuntman and capsaicin lunatic – gave it the thumbs up in his latest “Just The Dip!?” series of videos.

The Bang Bang fun starts around the 5 mins 10 secs mark but before that you get a sneaky peak as to what you can expect to find in a monthly Lick My Dip “Ultimate” box. To find out more please visit www.bangbangoil.com/lickmydip 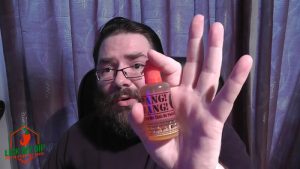 After sampling the oil for the first time Darth’s words were “Exactly as it says on the f-ing tin!” followed by, “That is some pretty f-ing spicy oil – I only had a little drop and that f-ing burns!”

After a second, healthier dose, he said “Oh yeah, that is f-ing warm! Wow! Quite impressed with that!”

So, yeah, many thanks Darth Naga for your positive comments and also thanks muchly to Dave Rotheroe from Lick My Dip for the inclusion in your 1st anniversary box! Happy Birthday! 🙂

It’s the antidote to bland food!